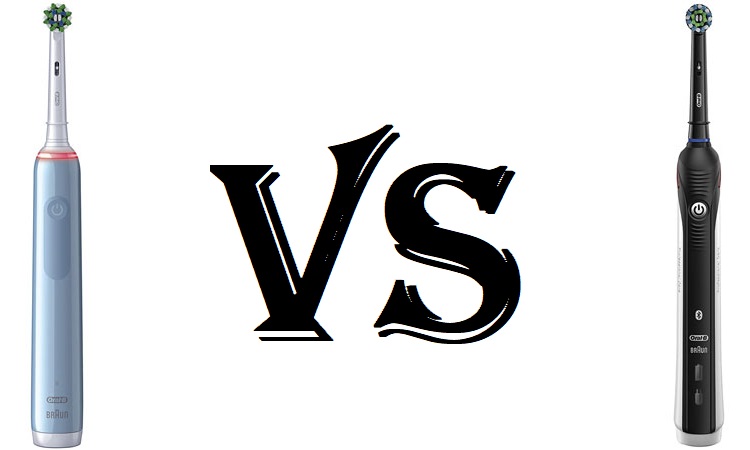 Oral-B is one of the very few brands that I can truly rely on to manage my oral health. While the admiration I have for the brand comes from the amount of years I spent using their electric toothbrushes, another reason that Oral-B has a soft spot in my heart is because of the list of options it offers.

Although most models tend to run high in price due to the multiple technological functions they contain, if you happen to be a newbie or have a budget that isn’t as hefty, two options that you can look into are Oral-B Smart 1500 and Oral-B Smart 3000.

Additionally, if you’re too lazy to look into the marvellous traits that both these promising electric toothbrushes have, then you’ve definitely hit the jackpot! In addition to providing you everything regarding the Smart 1500 and the Smart 3000, I will also be unveiling what it’s like when the two square off against one another and the winner between Oral-B: Smart 1500 vs. Smart 3000.

Since you’ve decided to stick around, we’ve got something for you. On the table below, you will find a summarised version of the key features that the Smart 1500 and Smart 3000 have and also the major differences that set the two electric toothbrushes apart.

As the Smart Clean 1500 and the Smart 3000 were released around the same time, the fact that they were almost virtually identical in multiple ways didn’t come as a surprise to me. Truth be told, I was actually expecting them to have more characteristics in common, but boy, was I wrong. Move onto the segment below to gain a useful insight on everything that I found about the Smart 1500 and the Smart 3000! 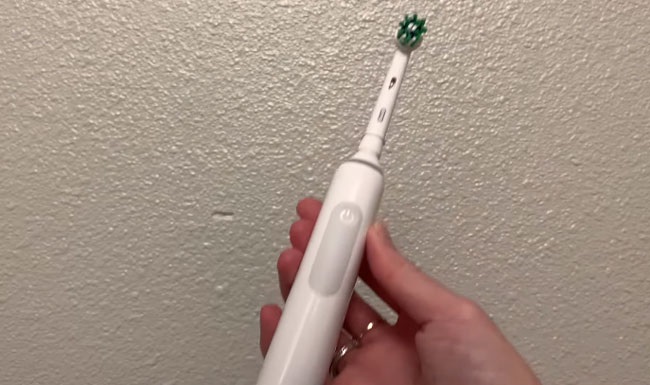 The Smart 1500 and 3000 are definitely identical in many ways, but the build that they attain is definitely not one of the things that they have in common.

While both of them look very modern and fit perfectly in this day and age, the 1500 looks a little more minimalistic and clean. The handle it has is made of plastic, and the colour is extremely glossy. Even though the simple hue of white alabaster looks easy on the eyes, the handle lacks grip. During the time I spent with the Smart 1500, I dropped it at least 2 times every other day because of how clammy my palms were.

On the contrary, the Smart 3000 looks more equipped than the Smart 1500. It has a leaner build, comprises a matte finish, and contains a narrower handle. At the back of the handle is a rubber-like component, which keeps it safe in the hand at all times.

Both the Smart 1500 and 3000 come with an LED ring that tracks the brushing session of users and also have a power button at the centre of the handle. However, the 3000 also contains an icon and another LED light that solely caters to Bluetooth, which is a feature that the Smart 1500 doesn’t have.

When it comes to technological features, it is rather difficult to separate the Smart 1500 from the Smart 3000.

The round brush heads that both of them have are significantly better than those installed on a manual toothbrush. Each session that I spent with both of them left me speechless and very much satisfied due to how gentle and cooperative the bristles were. 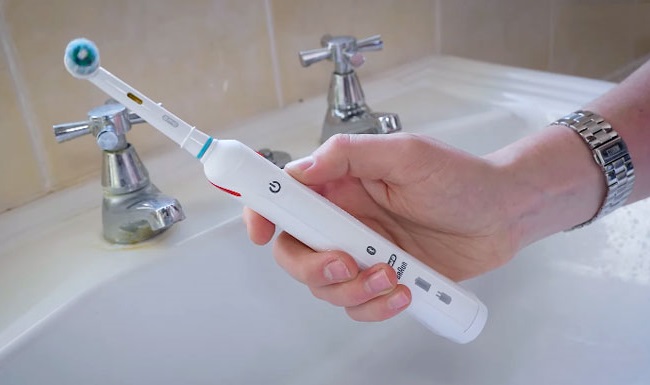 They also have a built in quad-pacer which runs for 2 minutes; the ideal time for the perfect brushing session. The pacer isn’t just for the brushing mode, but also slows down when users go over the limit or apply too much pressure with the electric toothbrush. When the latter scenario occurs, the LED that the Smart 3000 comes with turns red until the pace has been adjusted. The 1500 on the other hand simply stops the pulsation movement to stop users from hampering their gum health even further. The ring LED also turns red for an indefinite period of time.

A big feature that I found on the Smart 3000 that was absent on the 1500 is the presence of bluetooth. The bluetooth that the Smart 3000 comes with is mainly used for the Oral-B app, which often monitors and analyses the user’s brushing session. However, it is also present to welcome various types of brush heads that Oral-B has made so far.

A minor drawback that I found rather concerning about the Oral-B Smart 1500 and 3000 was the fact that neither of them had a component that tracks the cleaning mode. Since I’ve used other models of Oral-B plenty of times, it didn’t take me long to get the hang of pressing on the power button multiple times to change the brushing mode. It could, however, be rather difficult for those that aren’t as invested as I am into electric toothbrushes, particularly the beginners. Additionally, for that issue alone, some other models could very well have the edge over the two competitors of this bout.

Once I opened the packaging of the Smart 1500, in addition to finding the toothbrush handle of the Oral-B Smart 1500, I received a Cross Action brush head, a charging stand. I was surprised that the packaging didn’t have a travel kit, but dismissed the issue when I took into account the amount I had paid.

The Smart 3000, on the other hand, caught me off guard, as it contained the same materials that its opponent had. It too came with a Cross Action brush head alongside the toothbrush handle, but came with a charging station with 4 compartments for storing additional brush heads.

The battery life is a positive that both the Smart 1500 and 3000 have under their belts. When fully charged, the pieces of equipment tend to survive for 2 weeks at least before they ultimately give in. This means that, despite being technologically handicapped in some ways, both of them can be great travel buddies, especially during a lengthy trip.

The charging station that they have consists of the same materials. However, the one that is found in the packaging of the Smart 3000 comes with a storage component that has the ability to keep 4 brush heads safe and sound.

In terms of value, the Smart 1500 and Smart 3000 are very much alike. The Smart 1500 starts at 79.99, which could increase if you purchase additional pieces of equipment.

In contrast to the Smart 1500, the Smart 3000 stands at $89.99, which I firmly believe is a small price to pay for a handful of additional benefits!

Despite their similarities, I couldn’t help but side with the model that had more to offer, which happens to be the Oral-B Smart 3000 in this scenario. For a little extra money, I received a model that is a bit more wary about my oral health, and can help me improve it by providing me with a routine that caters to my teeth and gums with the help of the Oral-B app.

Another reason that allowed me to pick the Smart 3000 over the 1500 is the design it has, particularly the handle it offers. The slender build is very easy to navigate, and offers a better grip than its competitor in this bout.

The Smart Clean 1500 and 3000 definitely allowed me to have a good time. In addition to improving my oral health, they also allowed me to fix my brushing technique with the built-in quad pacer and sensor that they have.

Although I ultimately picked the Smart 3000 due to the additional things that it brings to the table with Bluetooth, I believe the Smart 1500 is also an investment that you shouldn’t shy away from making. Sure, it does lack a few features in contrast to its counterpart, but it offers affordability, which is something that many alluring installations fail to have.

On another note, if you happen to have a slightly larger budget, hold onto your money and skim through the features of another series that Oral-B has before finalising your decision. You may even look into the Smart 360 if you’re interested in the Smart 1500.